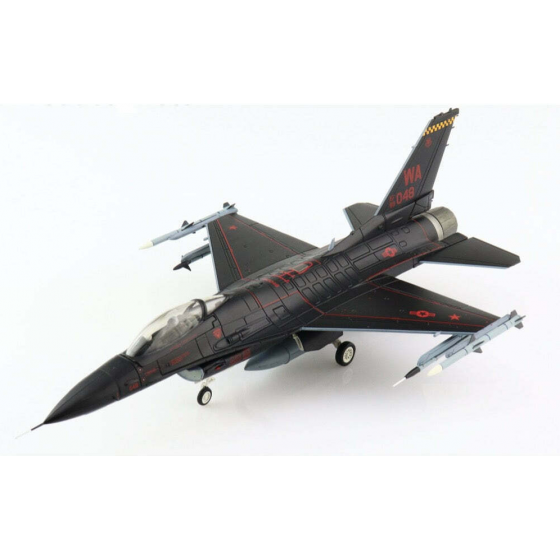 The Fighting Falcon is referred to by its pilots as the “Viper” and will remain in USAF service until 2025. In September 1990 F-16 89-1048 1C-201 was delivered to the USAF. On October 29, 2019; the newly acquired 57th FW / 64 Aggressor Squadron F-16 89-2048 was unveiled wearing an all-black with red markings scheme. This was the top choice of several options that were selected using Facebook and hopefully social media would generate excitement for the project. The aircraft was named “Wraith” which is a ghostly image of someone shortly before or after their death. The 57th FW / 64 Aggressor Squadron is located at Nellis AFB, Las Vegas.