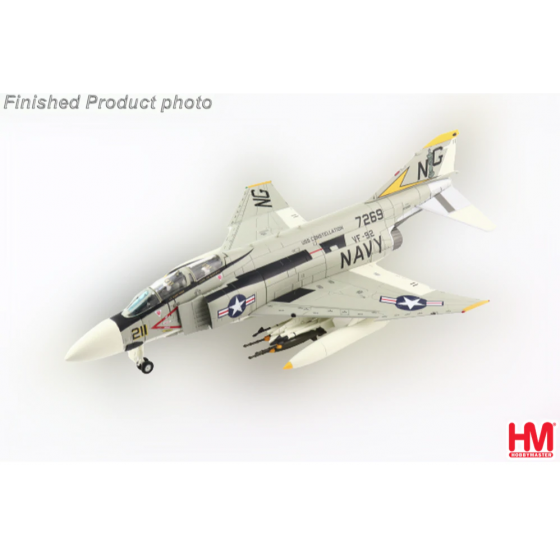 The F-4J was the last version produced for the USN and USMC. The “J” version was basically an upgraded “B” version with new radar and avionics. The infrared seeker under the nose was also deleted as was an internal gun however Sparrow and Sidewinder missiles were used instead. Between 1966 and 1972 there were 522 F-4Js built. The F-4J had the distinction of scoring the only USMC air-to-air combat victory in Vietnam and it also was the last US operational aircraft in South East Asia. In mid 1970 the F-4 Phantom II was being replaced by the new and improved F-14 Tomcat.