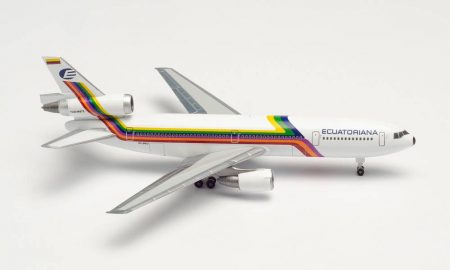 Originally built for Swissair in 1972. After 10 years with them it went to South America were it spent the remainder of it’s life, being scrapped in 2002. This model is one of a series Herpa have done to celebrate the 50th anniversary of the DC-10.