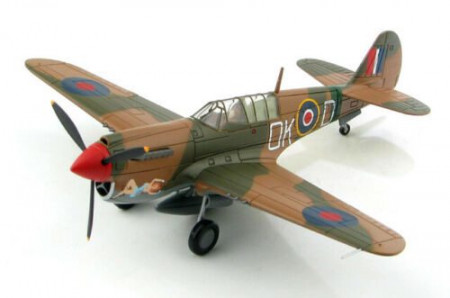 The Curtiss P-40 first flew in 1938 as a modification of the Curtiss P-36 Hawk. Warhawk was the official U.S. designation while the name Tomahawk was used by the British Commonwealth and Soviet forces for the P-40B and C and Kittyhawk for P-40Ds and later variants. The P-40 was first used by British squadrons in North Africa and the Middle East in 1941.  Almost 12,000 P-40s were produced. P-40N 43-23933 MSN 31872 was sent to the RAF as Kittyhawk IV FX835 OK-D and operated by the RAAF 450 Squadron. The aircraft was the first of at least 3 aircraft to wear the nose art “No Orchids”. In November 1944 FX835 OK-D was sent to 53 RSU for an overdue major overhaul losing the name in the process.