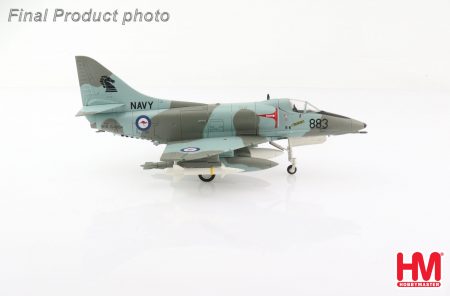 This Skyhawk was newly built for the RAN and delivered in November 1967. It operated with squadron VC805 and served aboard HMAS Melbourne. It was one of the last four A-4s flying with the RAN, latterly with VC 724 when it was withdrawn from service in 1984 and sold to the RNZAF as NZ6212.
Converted to A4-K specification. It was later upgraded under Project Kahu. On retirement from the RNZAF it was in 2012 sold to Draken International in the USA and registered as N142EM.