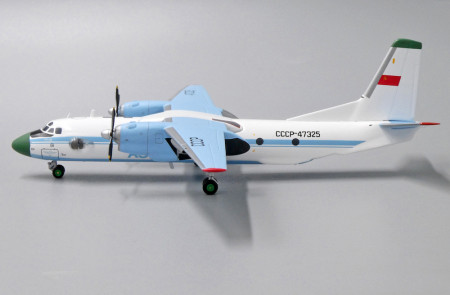 This model flies in the colours of a Soviet era Aeroflot example.