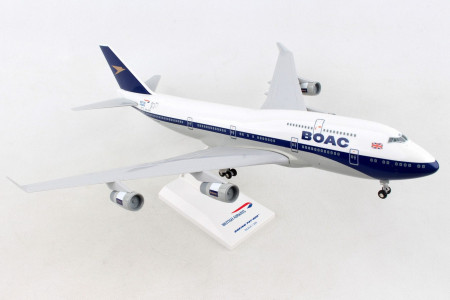 To celebrate the 100th anniversary of the founding airlines that eventually became British Airways, the airline chose 4 aircraft, 3 B747’s and a A319 to paint in retro schemes as a way of highlighting the heritage they have inherited. This 747, G-BYGC was decorated in the iconic BOAC livery. The BOAC ‘Gold Speedbird’ livery was used on BOAC aircraft between 1963 and 1974. The BOAC livery colours of dark blue and gold were taken from BOAC’s coat of arms, with the main body painted white. It was discovered in the 1950s that painting the body white reflected the sunlight, keeping the aircraft cooler than retaining the natural silver finish or the aluminium bodywork.