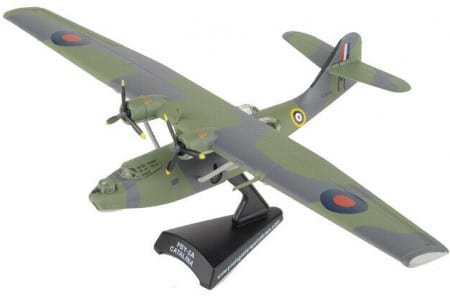 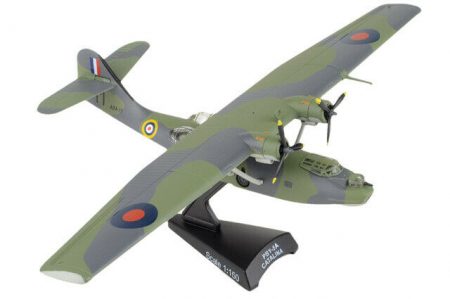 Up for sale is a brand new 1:150 scale Royal Australian Air Force (RAAF) Consolidated PBY-5A Catalina by NG Models. A24-13 had an interesting operating history for Australia, the first being that it was actually intended for the Royal Air Force (RAF), but was diverted to the RAAF due to demand. It was delivered from the USA by QANTAS pilots in September 1941 and dispatched to No. 11 Squadron in Port Moresby, New Guinea. No less than 28 reconnaissance missions were undertaken by A24-13 over the south-west Pacific, both before and after the Japanese attack of Pearl Harbour.

This model air-plane is made from die-cast metal and includes extensive detailing. It is similar in quality to Gemini Jets, Phoenix, JC Wings, and Aeroclassics.