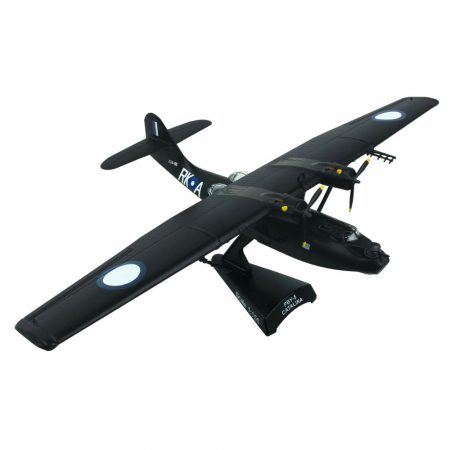 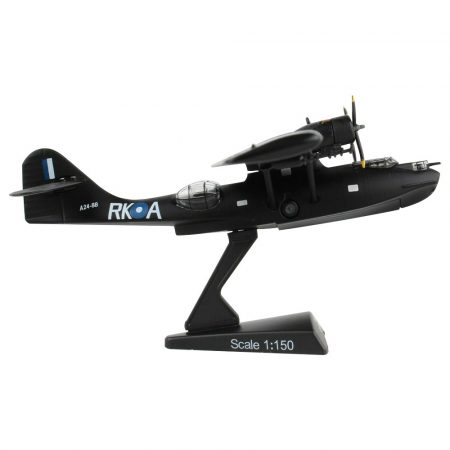 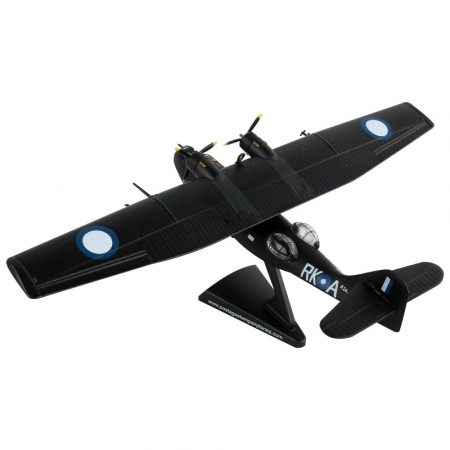 Up for sale is a brand new 1:150 scale Royal Australian Air Force (RAAF) Consolidated PBY-5A Catalina by NG Models in the beautiful “Black Cat” livery. A24-88 was delivered to the RAAF in March 1944 to 42 Squadron. It operated numerous reconnaissance missions over the south-east Pacific, with the black paint used to assist with camouflage. The most famous mission it undertook was in December 1944, where it went on the longest Black Cat mining mission of the War, to mine Manilla harbour to bottle up the Japanese fleet ahead of the landings in the Philippines by General MacArthur.

Instead of being scrapped for parts after the war, this aircraft was instead converted into a house boat, where it resided on the Murray River in the Echuca region for over 30 years.

This model air-plane is made from die-cast metal and includes extensive detailing. It is similar in quality to Gemini Jets, Phoenix, JC Wings, and Aeroclassics.