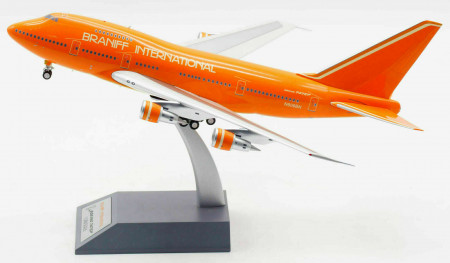 This was the third Boeing 747SP ordered by Braniff International on May 22, 1978 to meet the anticipated passenger growth in the deregulated United States market. It was the thirty-second 747SP to be built. It was rolled out on March 24, 1980 and was fitted with Pratt & Whitney JT9D-7A engines.  After very low usage the aircraft was acquired by Pan Am in September 1983 and named ‘Clipper America’. Following service with Pan Am it moved to United when they sold off their Pacific routes.