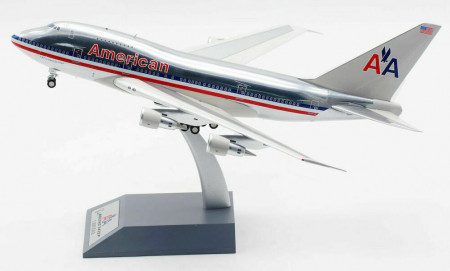 Originally built for TWA in 1980,  American took possession of this aircraft in July 1986 and operated it until the end of 1993. After use by several smaller operators it has been scrapped however the nose section has been saved as a fire training aid by Cargolux.