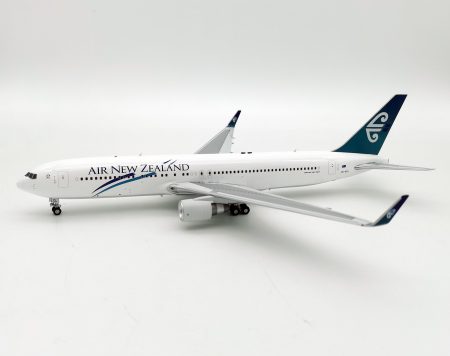 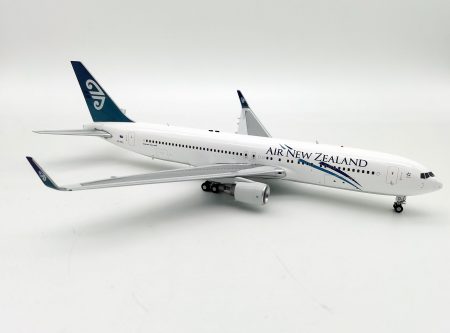 One of twelve 767-300’s in the Air New Zealand fleet this aircraft rolled off the Boeing production line at Everett in October 1997 and first flew on the 14th of that month. It entered onto the New Zealand Aircraft Register as ZK-NCL.

The delivery flight to New Zealand as NZ6300 later that month arrived in Christchurch on the 30th of October where its pre-service maintenance schedule was carried out by the Air New Zealand Engineering section.

It departed to Sydney for its first passenger service as NZ181 on November third. It remained in its original configuration until August 2009 when the decision was made to add blended winglets to the -300 fleet

This was done by Cathay Pacific’s HAECO arm in Hong Kong and the aircraft was subsequently reclassified as a Boeing 767-319ER(W). It returned to service with an Osaka to Auckland flight in September.

It was sold to Airco for lease to Icelandair as TF-ISW and named “Gullborg” in November 2016. For a brief period, in April 2020 it was reconfigured as a preighter but was returned to full passenger layout the following month and still flies that way as of early 2022.

This model aircraft is made from die-cast metal and include extensive detailing. It is similar in quality to Gemini Jets, Phoenix Models, JC Wings, J-Fox and Aviation200.