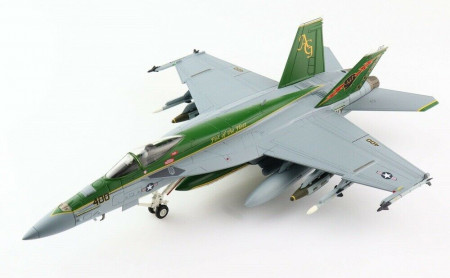 The McDonnell Douglas Boeing F/A-18E Super Hornet is a twin-engine multi-role carrier-based aircraft. The “E” variant is single-seater while the “F” variant is a tandem-seat configuration. The “E” is a much larger, more advanced and more capable variant of the F/A-18C. The Super variant can carry a larger array of weapons as well as more of them and is capable of returning to the carrier while still carrying unspent munitions, a big savings in dollars. The first F/A-18E flight was in 1995 and began delivery to the USN in 1999.