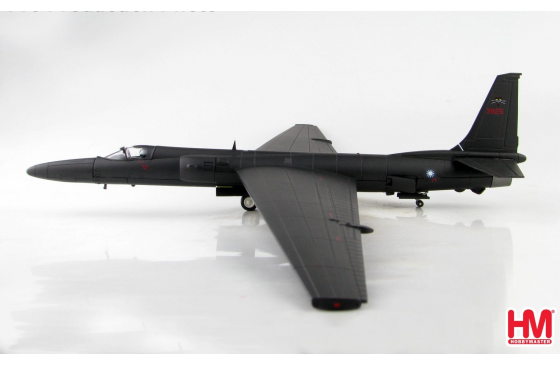 In 1954 Lockheed received approval US Govt to build a high-altitude reconnaissance aircraft through their famous  Skunk Works. The aircraft was a single seat, single-engine jet with a very high aspect ratio wing that could provide images day or night over Soviet territory. It was designated U-2 (U=utility) and given the name “Dragon Lady”. The first test flight took place in 1955 and was used by the CIA and the USAF during the Cold War.
In 1960 the 35th Squadron “Black Cats” was established at Taoyuan AB in northern Taiwan with U-2 flights taking place between 1961 and 1974. The flights were under CIA supervision and flown by ROCAF  (Republic of China Air Force) pilots. When it flew with the ROCAF in was numbered 3925. In 1981 3925 was transferred to the 9th SRW and in 1995 converted to a U-2S.