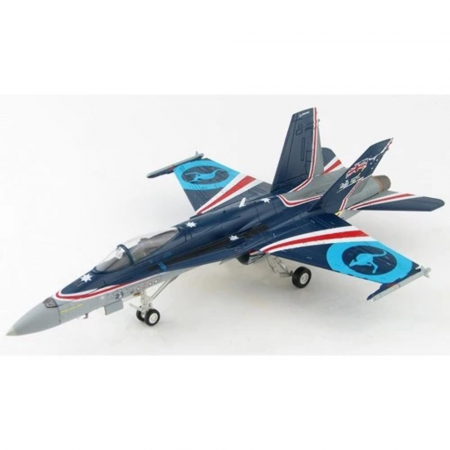 Ordered in November 1981 as a Block 20, A model Hornet.  A21-26 was delivered to the RAAF in March 1988 as the first Hornet for 75 Squadron. It was transferred to 2OCU (Operational conversion unit) in July 2003. In 2005 it received this special livery to celebrate 20 years of RAAF Hornet operations and was introduced in this form at the 2005 Avalon Air Show