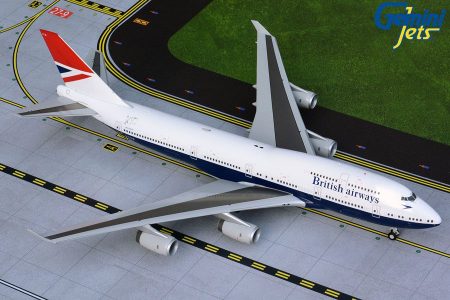 British Airways announced that its final two Heathrow based Boeing 747 aircraft departed from the airport for the very last time on Thursday 8th October 2020. One aircraft is painted in its heritage ‘Negus’ livery and the other in its current Chatham Dockyard livery. To commemorate G-CIVB and G-CIVY’s final take-off from Heathrow airport at 08:30am, British Airways arranged a special send off with a unique and rarely seen synchronised dual take off on parallel runways in much the same way as the first two Boeing 747-400’s in the summer of 1989 made synchronised landings on the dual runways. British Airways had painted three of their Boeing 747-400’s in special Retro colours to celebrate its 100th anniversary in 2019. The three aircraft were painted by IAC in Dublin in early 2019 and each one was painted in the previous scheme’s worn during the service with the airline. G-CIVB is to be put on display at the Cotswold Airport in Kemble. The airport will maintain the aircraft and plans to convert an area of its interior to be used as a unique business, conferencing and private hire venue, as well as a cinema for locals and an educational facility for school trips. It is planned that the aircraft will be open to the public from the northern spring of 2021.