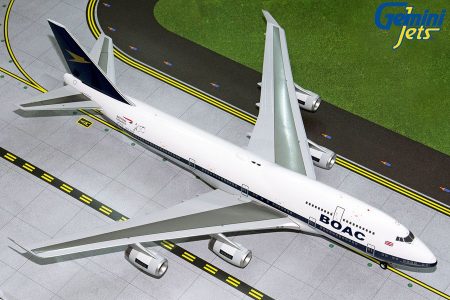 Monday 18th February 2019 was a historical day for British Airways when Boeing 747-436 G-BYGC arrived at London Heathrow Airport from Dublin newly painted in the livery of BOAC “British Overseas Airways Corporation”. The year 2019 marked the lineage centenary of British Airways, and to celebrate this the airline painted some aircraft up into retro schemes. This aircraft G-BYGC was delivered to British Airways in January 1999 and served the airline well. It will carry this special livery beyond it’s retirement. Sadly this happened prematurely due to the Covid pandemic. This aircraft will be preserved at the Bro Tathan business park in the Vale of Glamorgan in Wales. It will be maintained as a heritage piece by aviation specialists eCube Solutions to showcase the pre-eminent contribution British Airways’ 747 fleet made to UK aviation. The BOAC livery applied to Golf Charlie was previously worn by Boeing 747 series 100s in 1969 to 1974, a truly golden age in aviation.