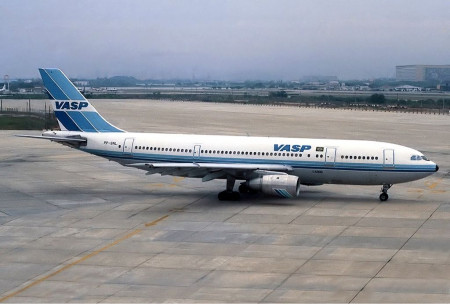 Delivered in November 1982 this was one of the two originally taken into the fleet that month. It stayed with the airline its entire career being scrapped in Sao Paulo in 2012. It is depicted here in the original livery.

This model aircraft is made from die-cast metal and include extensive detailing. It is similar in quality to Geminjets, Phoenix Models, JC Wings, NG Models and Aviation400.