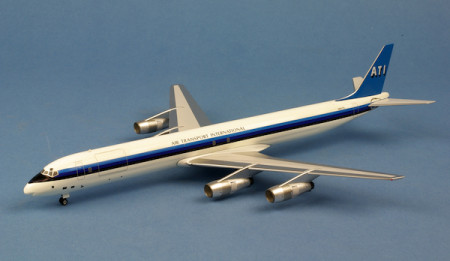 Up for sale is a brand new 1:200 scale Air Transport International Douglas DC-8-61 N861PL by Aeroclassics.

Originally built for Air Canada this DC-8 became part of the massive ATI fleet in July 1989 (as N47UA) shortly after conversion to a freighter. It was retired in 2000.

This model air-plane is made from die-cast metal and include extensive detailing. It is similar in quality to Phoenix Models, JC Wings, Inflight200, Geminijets and Aviation200.