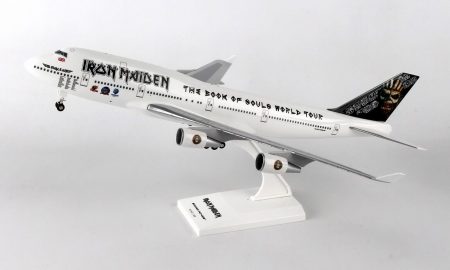 Leased from Air Atlanta Icelandic this 747 was used by the British heavy metal band Iron Maiden as their world tour aircraft when they were promoting their highly successful “Book of Souls” album  in 2017. The aircraft literally flew around the world including to Australia and New Zealand and was often piloted by the bands lead singer Bruce Dickinson. It is now in service with Saudia Arabian Airlines. As a relatively young 17 year old aircraft it is likely to be seen flying for many years to come.