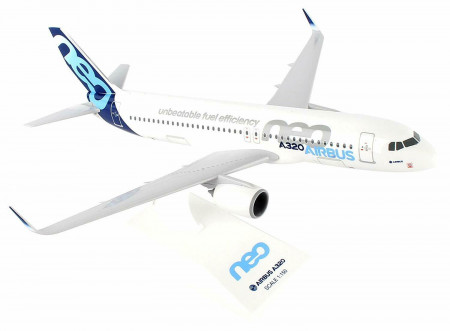 Airbus’ successful A320 series was improved with the addition of new engines (hence the NEO in the name). Optioned with either CFM LEAP-1A or Pratt & Whitney PW1000G engines and fitted with sharklets as standard, it is 15% to 20% more fuel efficient than the A320ceo (Enhanced) family. It was launched on 1 December 2010, made its first flight on 25 September 2014

This model aircraft is made from resin and plastic and includes extensive detailing including a display stand. It is similar in quality to Wooster, Herpa, PPC and Hogan models.