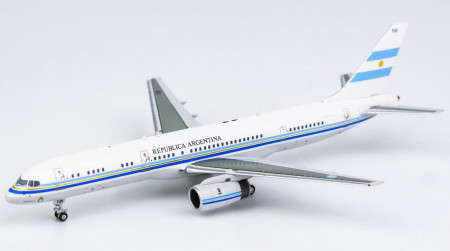 Named “Virgen de Lujan” this 757 was ordered new for the Argentine government in 1992. It was damaged after a heavy landing following an engine fire in 2004. It continued in service until being retired in 2015.