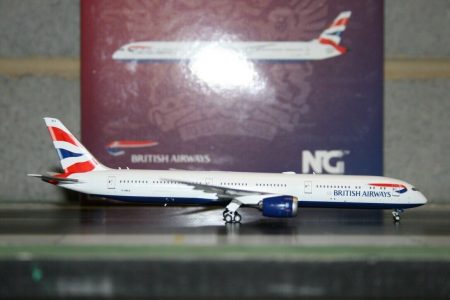 Despite being the second Boeing 787-10 to join the fleet, it seems as though British Airways has put it to more work than its sister. It has apparently clocked up around 2,500 flying hours to the end of February 2021, spread across 306 flights.

Dallas is it’s most visited destination with 162 trips, followed by Seattle with 74 visits. However, Stuttgart Airport clocks in at number three with 26 visits. The aircraft has been used on this route due to its large cargo capacity.

This model air-plane is made from die-cast metal and include extensive detailing. It is similar in quality to Gemini Jets, Phoenix, JC Wings, and Aeroclassics.