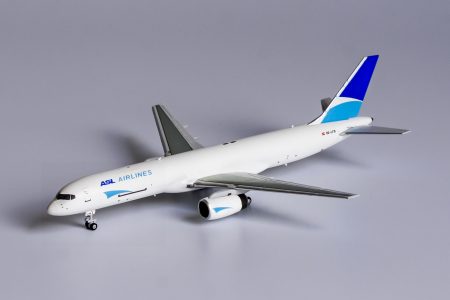 This 757 was built new in 1990 as a dedicated freighter for leasing company AWAS. It has served with many companies since including TNT which operated it for a year from May 2015. The following year it moved on to ASL and it is believed it was with them until 2020 when it was in storage in Hungary.

This model aircraft is made from die-cast metal and include extensive detailing. It does not come with a stand, however these can be purchased separately. It is similar in quality to Aeroclassics, Phoenix Models, JC Wings, Geminijets and Aviation400.