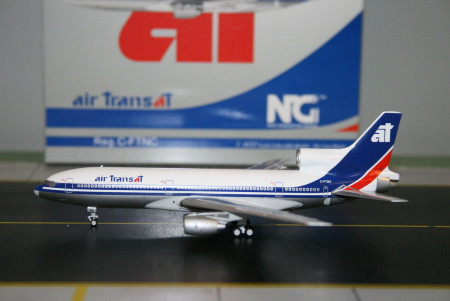 Air Transat had a fleet of ten Tristar’s, this was their third. It was built new in 1973 for Eastern Airlines and served with several carriers until Air Transat leased it in 1987. It was scrapped in Montreal in 2002. This model depicts it’s original livery as worn in the 1990’s.