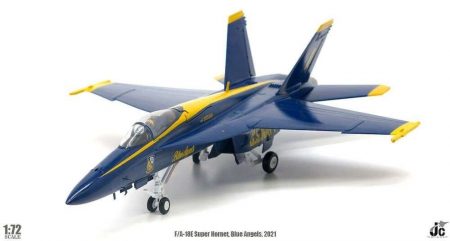 As part of the 75th anniversary of the Blue Hornets in 2021 a new mount in the shape of the Boeing Super Hornet was selected, it replaced legacy Hornets which had been in service for 34 years. Number 1 is a one of six single seater’s, whereas the #7 back up aircraft is a two seater.