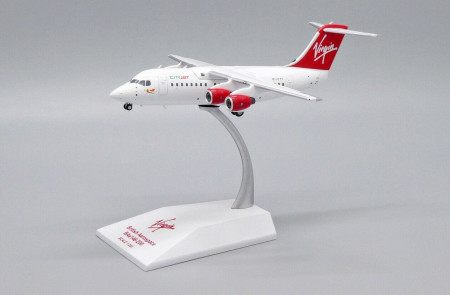 Delivered new in June 1987 to PSA in the US this 146 has had may operators, its time in Virgin colours was between December 1993 and June 1996. It made it’s way to Australia in following its time there. It served in National Jet  colours before flying with QANTASLINK until April 2004.

This model plane is made from die-cast metal and include extensive detailing. It is similar in quality to Inflight200, Gemini Jets, Phoenix Models, JC Wings, and Aviation200.