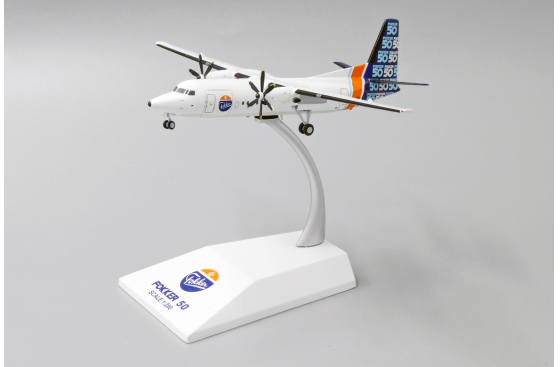 The Fokker 50 was developed during the early 1980s after a decline in the sales of the earlier F27 Friendship. It was decided that the new airliner would be a derivative of its predecessor, sharing much of its air frame and design features, while incorporating new advances and several improvements, such as the adoption of Pratt & Whitney Canada PW127B turboprop engines.

The Fokker 50 performed its maiden flight on 28 December 1985, and entered revenue service during 1987. This model depicts the second prototype which is preserved at  the Aviodrome Museum in Lelystad, Holland.