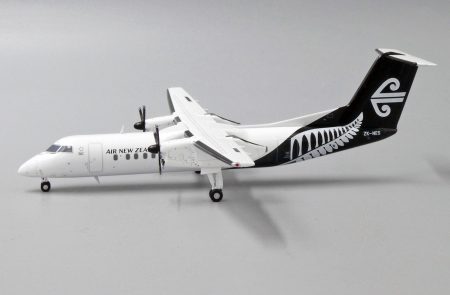 This was the sixteenth DHC-8-300 ordered new by Air New Zealand. They took delivery at the Downsview, Canada plant in April 2007 and it entered the New Zealand Aircraft Register as ZK-NES (the second to carry this registration) in June 2007. She was originally registered to Air Nelson Limited, Nelson. The aircraft was transferred to the Air New Zealand Air Operators Certificate when Air Nelson was wound down in November 2019.