ANY ONLINE OR PHONE ORDERS, EMAILS OR ENQUIRIES WILL BE ACTIONED AS SOON AS WE CAN. THE BACKLOG IS REDUCING SLOWLY BUT WE WOULD APPRECIATE YOUR PATIENCE THANK YOU.

APOLOGIES FOR ANY INCONVENIENCE DURING THIS DIFFICULT TIME. 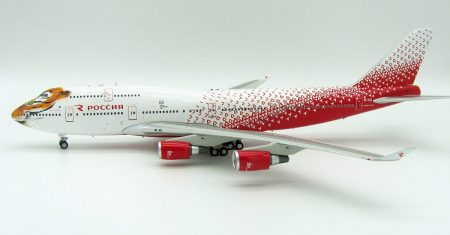 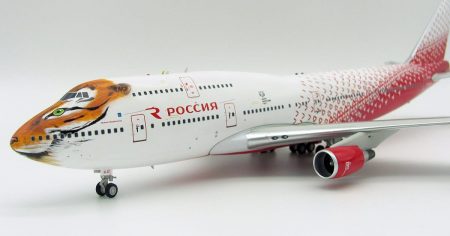 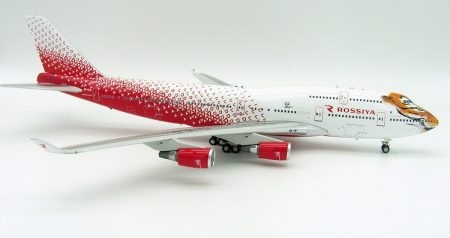 Rossiya Airlines, part of the Aeroflot Group,  sixth Boeing 747-400, features a special livery in which the entire nose section carries the image of a tiger’s head.

Rossiya has revealed that the painting was carried out in Italy, at the site of Alitalia’s maintenance service, in Rome.

The 747 jumbo is fitted with 522 seats, with 12 in business class and 510 in economy. According to Rossiya, the aircraft, with tail number EI-XLD, took its first commercial flight with the carrier on September 11 2016.

Previously, defunct Russia airline Transaero carried this special Tiger livery on 747-400 aircraft (EL-XLK). Rossiya decided to continue the idea when it took over from them

The project was carried out in cooperation with the Amur Tiger Center, a research and conservation organization founded in 2013 by the initiative of President Vladimir Putin.