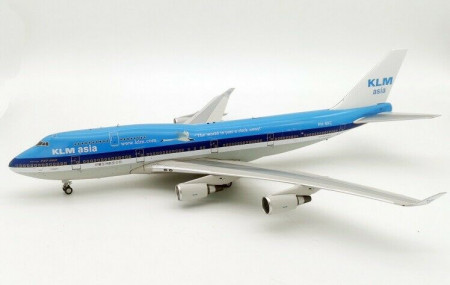 To fly to Taiwan many major airlines formed subsidiaries so as not to offend mainland China. KLM Asia was formed in 1995 as a subsidiary of Amsterdam-based KLM Royal Dutch Airlines. The removal of the royal crown from its livery and the addition of the word ‘Asia’ added to the standard livery differentiated these aircraft from the parent airlines main fleet. This particular aircraft has the additional “The World is Just a Click Away” titling.