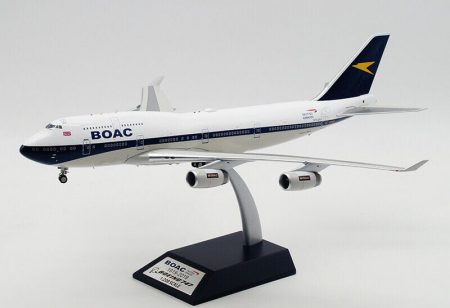 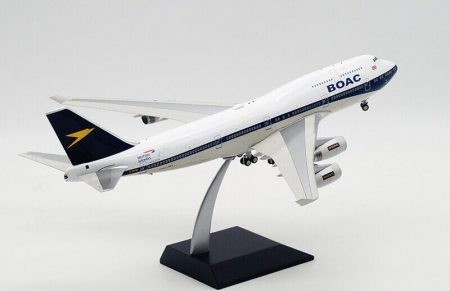 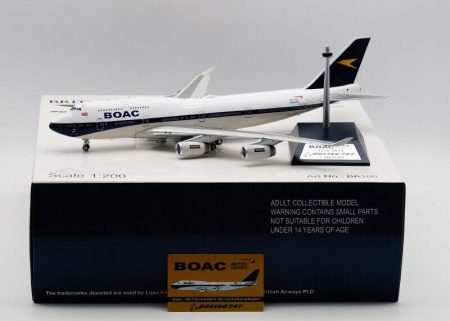 Up for sale is a brand new, never displayed 1:200 scale British Airways Boeing 747-400 by Inflight200 on behalf of Lupa Models in the special classic BOAC livery to commemorate the 100th anniversary if operations by British Airways.

Monday 18th February was a historical day for British Airways when Boeing 747-436 G-BYGC arrived at London Heathrow Airport from Dublin newly painted in the livery of BOAC “British Overseas Airways Corporation”. This year “2019” marks the lineage centenary of British Airways, and to celebrate this the airline are painting some aircraft up into retro schemes. This aircraft G-BYGC was delivered to British Airways in January 1999 and has served the airline well ever since and will carry this special livery until retirement. The BOAC livery applied to Golf Charlie was previously worn by Boeing 747 series 100s in 1969 to 1974, a truly golden age in aviation. The prototype Boeing 747 flew for the first time in February 1969 thus making this a double celebration for Boeing and British Airways.

This model has been manufactured by Inflight200 for Lupa Models and exclusively distributed in Australia by Collectors Aircraft Models.