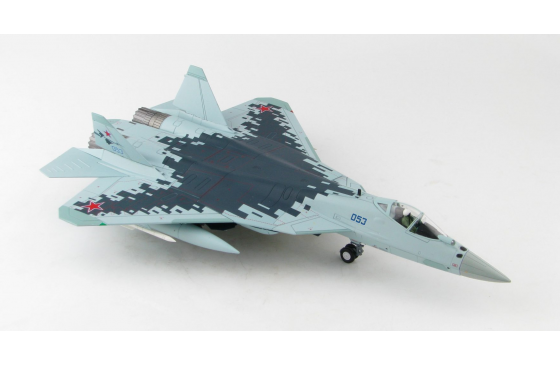 The Sukhoi Su-57 (NATO reporting name: Felon) is a single-seat, twin-engine stealth multirole fighter developed by Sukhoi for the Russian Aerospace Forces. The aircraft is the product of the PAK FA (short for:  Perspektivny Aviatsionny Kompleks Frontovoy Aviatsii, . ”prospective aeronautical complex of front-line air forces”) fighter programme that would form the basis for a family of stealth combat aircraft. Sukhoi’s internal designation for the aircraft is T-50. The Su-57 is the first fighter in Russian military service to feature stealth technology.

According to Sukhoi, the multirole fighter is designed to have supercruise, supermaneuverability, stealth, and integrated avionics to overcome the previous generations fighter aircraft as well as ground and naval defences. The Su-57 is intended to succeed the MiG-29 and Su-27 in the Russian Air Force and entered service in December 2020 and has been deployed in a testing capacity to Syria. The fighter is expected to have a service life of up to 35 years. This aircraft features the new “Digital” camoflage scheme.