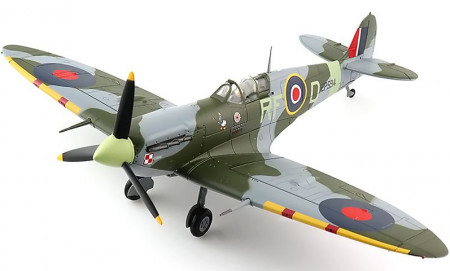 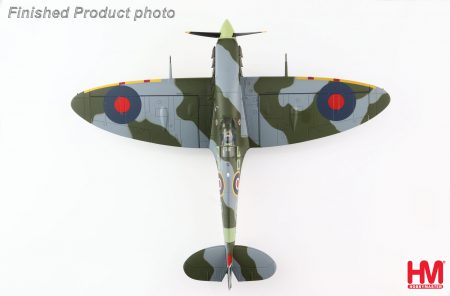 The first Spitfire Mk V was produced in January 1941 and proved to be as good as the Mk III and less complicated. The Mk V was the most produced variant of the Spitfire and the main version throughout 1941 and was a better aircraft than the Bf-109 but that all changed with the introduction of the Fw-190. The Mk V remained the RAF fighter through the summer of 1942 and saw several variants developed using bigger engines, new wing types and more armament. There were 20,351 Mk V aircraft built in all variants.

This model aircraft is made from die-cast metal and include extensive detailing. It is similar in quality to Corgi, Gemini Jets, JC Wings, Witty Wings, Century Wings, NG Models and Aviation200.