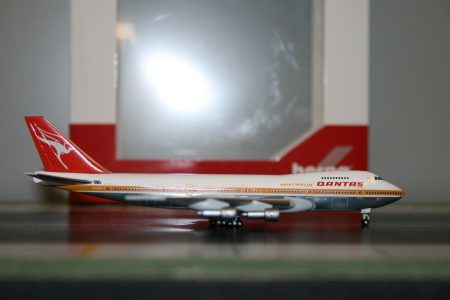 Depicted in the original livery, this 747 was the second of four in the original order from 1969. It had an interesting life with QANTAS including use in the evacuation of Darwin after cyclone Tracy. It has also flown in Air Lanka and Air Pacific colours.

This model aircraft is made from die-cast metal and includes extensive detailing. It is similar in quality to Inflight200, JC Wings, NG Models and Aviation200