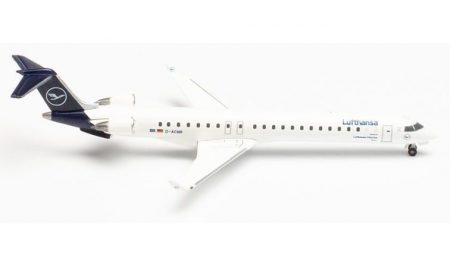 The CRJ900 is a stretched 76–90 seat version of the CRJ700. The first CRJ900 was modified from the prototype CRJ700 by adding longer fuselage plugs fore and aft of the wings. The CRJ900 also features strakes located at the rear of the plane. The CRJ900 competes with the Embraer 175, and is more efficient per seat-mile, according to Bombardier.

Lufthansa CityLine were the first operator of the type and have been using the type since 2006. This model carries the new livery introduced in 2018.