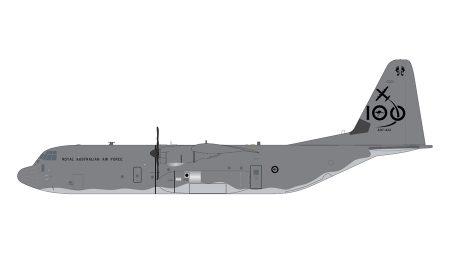 C-130J Super Hercules A97-442 was delivered to 37 Squadron of the Royal Australian Air Force (RAAF) on 20 October 2001 with the “High Maintenance” nose art. Interestingly, this aircraft was the first to get airborne in the United States where it was registered N130JR. On September 14th 2001, it began ferrying Centre for Disease Control personnel and supplies from Dobbins AFB to La Guardia Airport, New York. A97-442 was also active in another terrorist attack, this time providing support to Indonesia in the wake of the 2002 Bali bombings.

Today, it still operates from RAAF Base Richmond for 37 Squadron and sports the special ‘Centenary of RAAF’ markings on the tail.