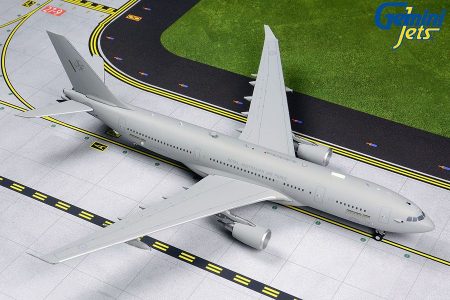 The KC-30A Multi-Role Tanker Transport (MRTT) is a heavily modified Airbus A330 airliner that enables the RAAF to conduct air-to-air refuelling and provide strategic air lift.

It features advanced communication and navigation systems, and an electronic warfare self-protection system for shielding against threats from surface-to-air missiles.

The Air Force’s six aircraft are based at RAAF Base Amberley, operated by No. 33 Squadron. This aircraft was originally with QANTAS as VH-EBH and was converted by Airbus in Spain to its