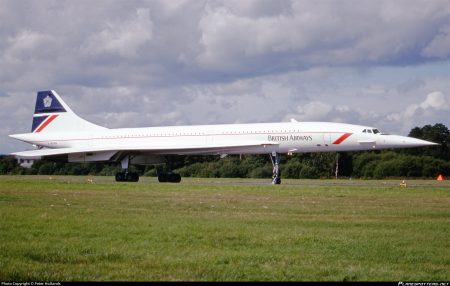 Depicted in the popular Landor livery, G-BOAB was built in 1976 and had it’s first flight in May of that year. It was the third Concorde delivered to BA. After the infamous Paris crash it was withdrawn for a refit that was never completed. It’s final flight was in August 2000. It is now in storage at Heathrow with no concrete plans for her future.

This model plane is made from die-cast metal and include extensive detailing. It is similar in quality to Inflight200, Gemini Jets, Phoenix Models, JC Wings, J-Fox and Aviation200.