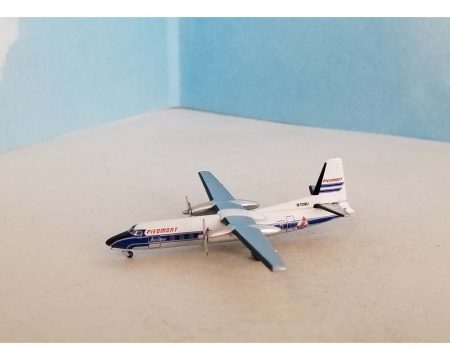 Piedmont originally operated the Dutch built F27, however in the late 1960’s a decision was made to replace them with the US built Fairchild variant as seen with this model.

This model air-plane is made from die-cast metal and include extensive detailing. It is similar in quality to Gemini Jets, NG Model, Phoenix Models, JC Wings and Aviation400.