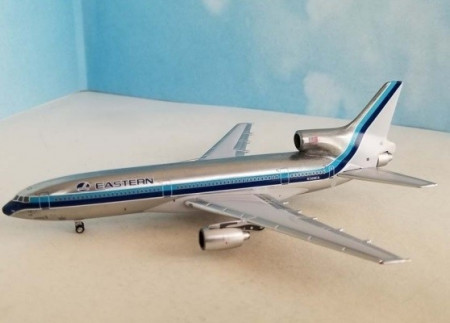 In April 1972, after six gruelling years of design and some unforeseen setbacks, the Lockheed Company  delivered the most technologically advanced commercial jet of its era, the L-1011 TriStar, to its first client, Eastern Airlines. Delivered in June 1972 the aircraft passed to Delta when EAL failed. It’s remains were used in the TV series “LOST”

This model aircraft is made from die-cast metal and include extensive detailing. It is similar in quality to Geminijets, Phoenix Models, JC Wings, NG Models and Aviation400.