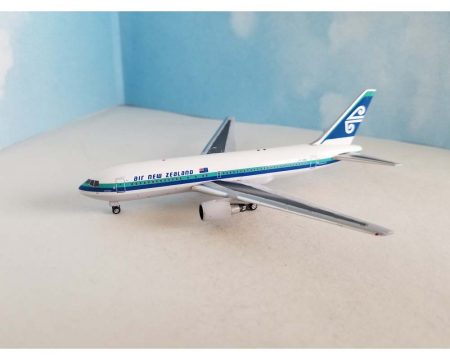 Delivered in September 1986 this was the third of eight -200 series aircraft. It flew with Air New Zealand until May 2004. It was converted to a freighter and now flies with Danish freight airline Star Air.

This model air-plane is made from die-cast metal and include extensive detailing. It is similar in quality to Gemini Jets, NG Model, Phoenix Models, JC Wings and Aviation400