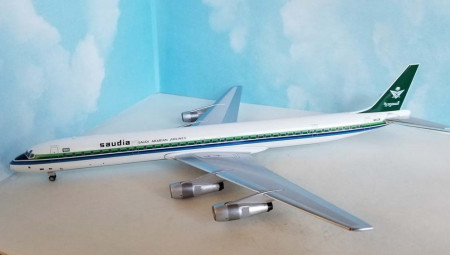 Built new in in 1967 for National Airlines this aircraft was sold to ONA in 1979 who in turn leased it to Saudia in whose livery we see this model. It last flew with Airborne Express in 2000.

This model air-plane is made from die-cast metal and include extensive detailing. It is similar in quality to Phoenix Models, JC Wings, Inflight200, Geminijets and Aviation200.