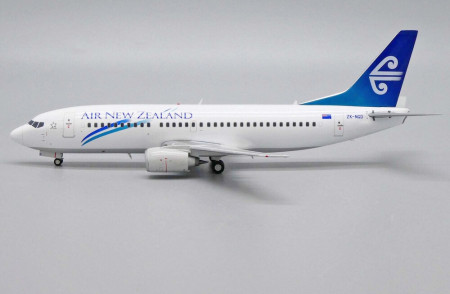 Following the success of the original -200 series Air New Zealand in the late 1990’s decided to upgrade it’s fleet with the later -300 series with a total buy of 21 airframes. This model, ZK-NGD joined the fleet in October 1999 and stayed with the airline until 2014. It is now often seen in Australian skies as it flies with Nauru Airlines as a dedicated freighter.

This model aircraft is made from die-cast metal and includes extensive detailing. It is similar in quality to Inflight200, Gemini Jets, Phoenix Models, NG Models and Aviation200.