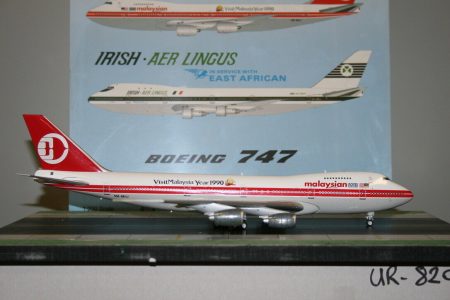 Delivered in 1982 from an uncompleted British Airways order this aircraft was converted to a freighter in 1996. It was sold to Focus Air and then to Air Atlanta Icelandic. It was retired in 2013 and was subsequently sunk of the coast of Bahrain as a dive site.