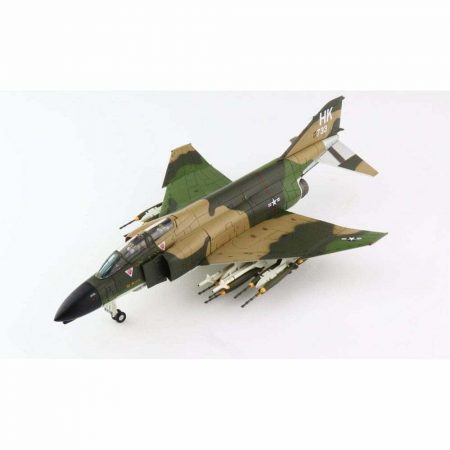 The F-4D was an improved “C” variant with most improvements being internal electronics and avionics. The F-4D entered operational service in April 1966 and joined the combat forces in Southeast Asia in May 1967. With the arrival of the “D” most of the “C” variant was reassigned to ground attack with the “D”s taking on the air-to-air interceptor role. In 1968 – 1969 a total of 825 “D” models were produced 793 for the USAF and 32 for the Iranian Air Force.