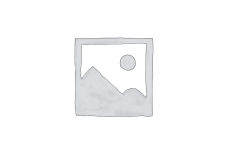 The Typhoon DA2 registration ZH588 of the Royal Air Force was the first single seater Typhoon in the UK and flew for the first time from Warton air force base in April 1994. It was taken on charge by 43 Squadron at Leuchars, Scotland and carries that units heraldic animal – a gamecock – on the tail. In January 2008, it was transferred to the Royal Air Force Museum at Hendon for exhibition there. This model is limited to 1,500 items.