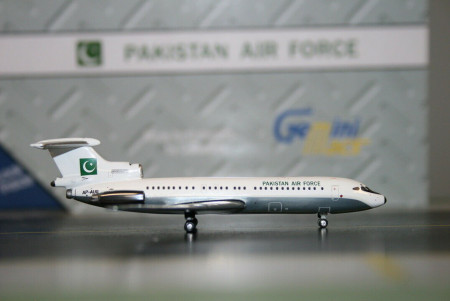 Delivered new in January 1967 for PIA it is believed this HS121 was operated as a VIP aircraft by them on behalf of the Pakstani Air Force. In 1970 it was sold to “The Peoples Liberation Army Airforce” of China. It is now preserved in Beijing at the China Civil Aviation Museum, painted in CAAC colours with registration B-2207 although it never flew with that airline.