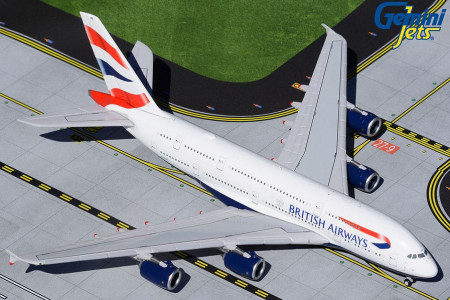 British Airways website tells us that the Airbus A380 is a double-deck, wide-body, four-engine jet manufactured by Airbus Industrie, the European consortium. It is the world’s largest commercial passenger aircraft and the upper deck extends along the entire length of the fuselage. It is also one of the greenest, with lower community noise and emissions per passenger than the Boeing 747-400 despite having almost 50% more floor space and 60% more headroom.

Carbon fibre, a strong and light material, is used on key parts of the A380. Roughly 25% of the plane’s overall structure is made from carbon-fibre reinforced plastic.

Despite the on going effects of Covid, BA are planning to reintroduce their twelve aircraft back into service after being temporarily stored, mostly in Spain. They will be the first airline to do so.