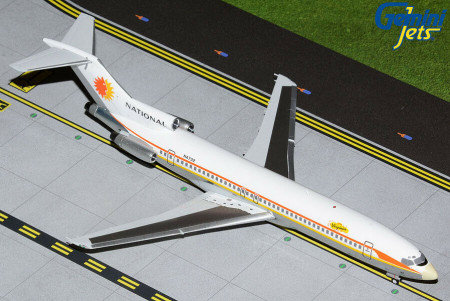 In the 1970’s National was known for naming it’s aircraft after their flight attendants and used this as a hook in their advertising of the time. This aircraft was named “VIRGINIA”.

This model aircraft is made from die-cast metal and include extensive detailing. It is similar in quality to Inflight200, Phoenix Models, JC Wings, and NG Models.